You are here:  Home > Blog > I Lost My iPhone and All My Messages: Now I Use Keepster

I Lost My iPhone and All My Messages: Now I Use Keepster

My wife told me to keep my messages safe, with Keepster. It took losing all my messages to remember, she’s always right. 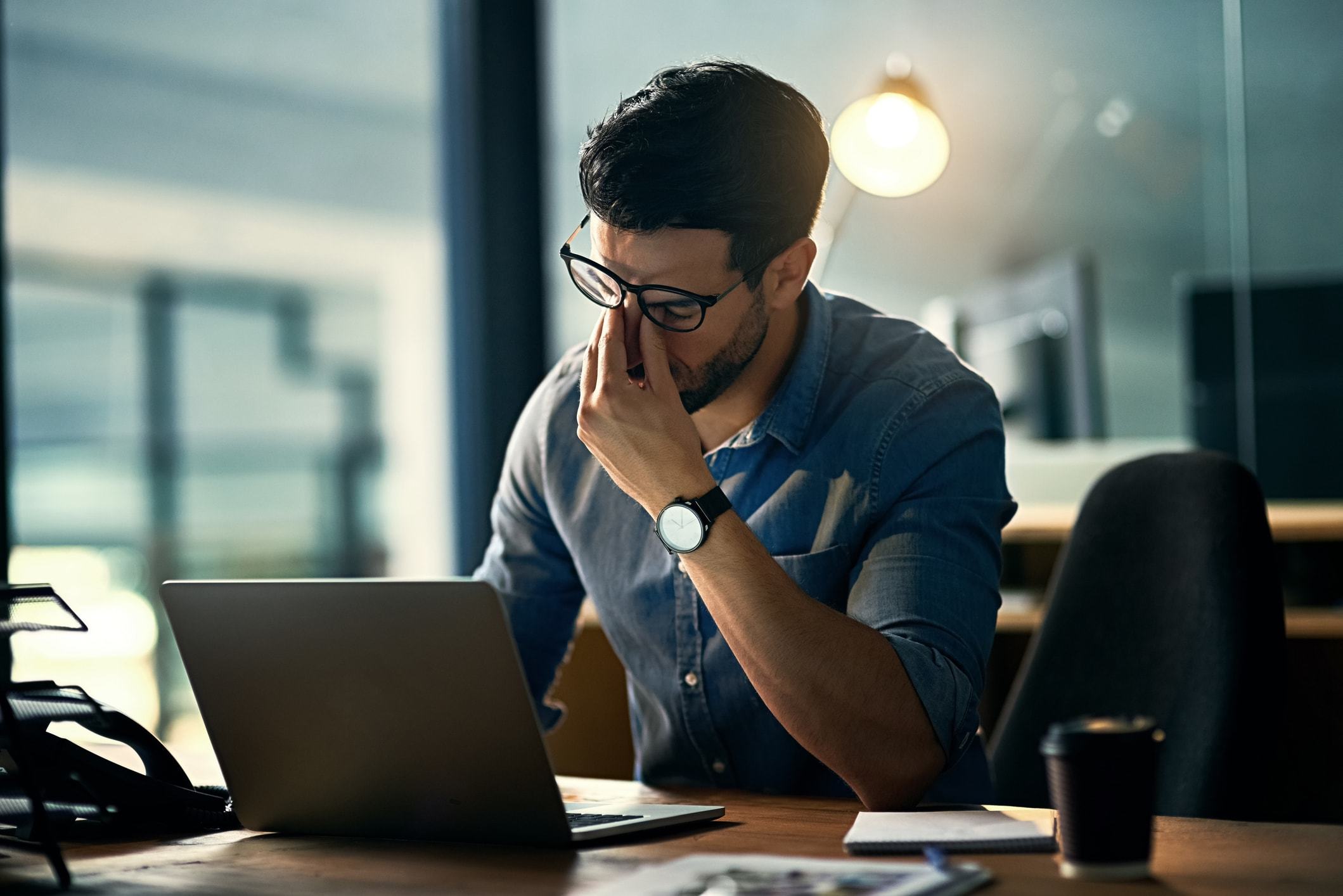 I didn’t think I needed Keepster. I didn’t really care about my messages. I wouldn’t lose my phone. Anyway, I was sure I had a backup of something, somewhere. Turns out - I was wrong.

I regret not creating a Keepster back up. Here’s why.

When my wife, Sarah,  first told me about Keepster, I told her that it sounded really cool and pretty useful...for her. I couldn’t imagine the day would ever come where I’d wish I had a backup of my texts and chats saved on my computer. As far as I was concerned digital communication should simply stay on my phone, no big deal. That is, until the day I lost my phone - with no backup of all my messages. Then it became a pretty big deal.

Don’t tell my wife, but I should have listened when she said: “Hey, why don’t you check out Keepster?”

Sarah first told me about Keepster when she ordered her sister a Keepster book. She’d created this very cool book filled with a bunch of their funniest texts and photos and I had to admit, it was a pretty big hit at family Christmas. I figured that was simply because my wife was, well...my wife. 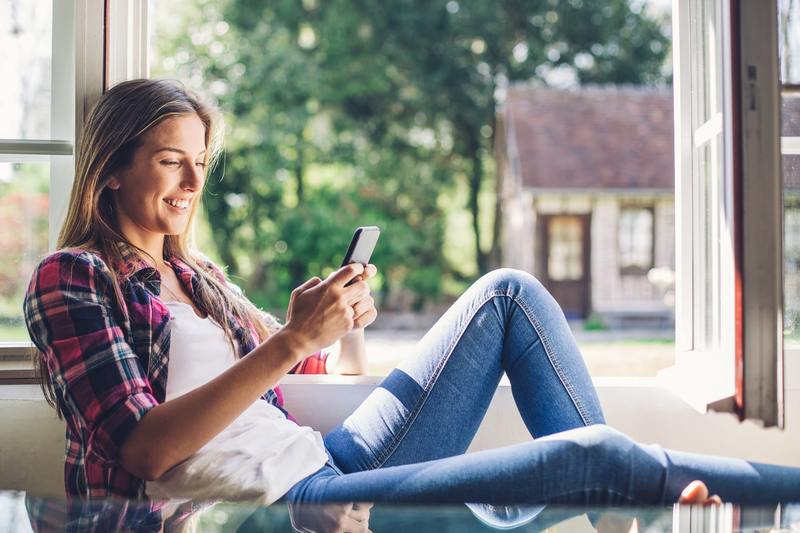 A text-aholic, she is known for pouring her heart and soul into paragraphs of text to anyone and everyone she cares for. She’s just a good texter. She’s sentimental and sweet, the type that wouldn’t dream of deleting entire text threads - chunks of ‘history’, as she sees it. She has saved our messages from early dating till now - and when she showed me how she securely synched those messages with Keepster so that with just a click or two she could revisit them anytime ...I admittedly teased her, a little.

Aww babe, that’s sweet. So what, you couldn’t just look at those on your phone?

Sarah explained that now, she could rest assured that no matter what happened to her phone or those messages, they’d always stay safe on her desktop. She could delete them off of her phone and know they’d stay - password-protected - in a Keepster folder cutely labeled: THE SMITHS.

She could also search the endless threads she’d synched by a certain word or date, pulling up a recipe from her Mom or a specific day when I’d promised via text to take some time off for a staycation, or whatever…. Pretty impressive - though dang you, Keepster!

Even as my wife raved about her experience, gifting Keepster books left and right, and using Keepster to organize all of her messages, I insisted it was not for me. 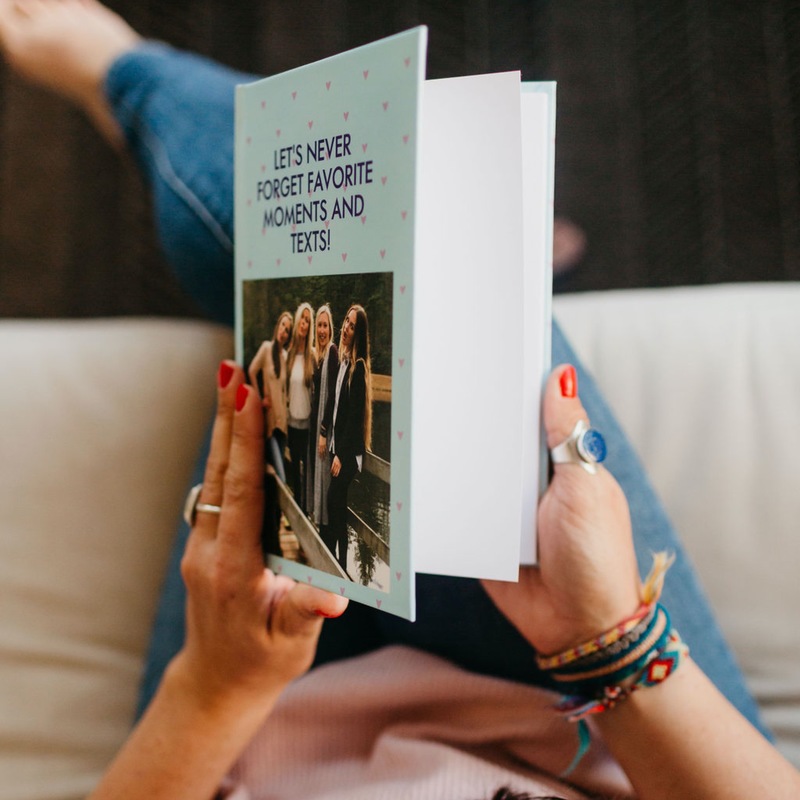 As she created Keepster folders of her WhatsApp chats with her best friend in Australia, family group chats and even professional texting conversations between herself and her clients - I chalked it up to her sentimental, hardcore type A ways.

No way did I have any interest in creating a chat book: my texts were way too boring to be  ‘book worthy’. I really didn’t quite see any point in backing up my messages. All the while, my wife laughed that laugh she saves for moments when I’m being too thick-headed and insisted I should listen to her more often. Sure, sure.

Then, on day four thousand and ninety-two of the pandemic (okay, maybe that's an exaggeration) I lost my phone on a grocery shopping expedition, somewhere between maneuvering my mask and maneuvering to stay six-feet apart. By the time I realized it and circled back, it was long gone.

As I painfully punched in my credit card information to purchase my new iPhone - nothing like spending a whopping amount on a luxury item during a pandemic to feel thoroughly pissed off - my wife gently asked if my phone had been ‘backed up’ recently. To the cloud. To Keepster. Anywhere?

I had to, right? I assumed.

That ‘button’ had to have been switched on somewhere on the iPhone that was now reported lost, wiped clean off all my personal information, probably already weighing down the pocket of some lucky guy.

My photos were synched to iPhoto. My emails were accessible through my work computer. That only left my messages. I must have created a recent iPhone backup, right?

Nope. I would not be able to get those messages back.

At first, I reasoned that wasn’t the worst thing. I didn’t have any crazy crucial conversations I couldn't live or work without. I was happily married - no woman was out there impatiently waiting for a response. So, I just not-so-patiently checked the shipment tracking for my new iPhone.

Ok so I’ll admit it: I’m not all that into technology and I’m not that tech-savvy. That’s pretty obvious. I’m also one of those guys who can go days without checking social media and my screen time stays at a very reasonable few hours per day...just enough for me to handle necessary emails, explore the ESPN app and...yes, text.

So okay - I’ll admit it. Even as a moderate mobile user, I recognize that the chats with my wife, brother, sister, Dad and close friends actually do play a role in maintaining my relationships - and now more so than ever, for sure.

With the weight of a new, weirdly empty phone in hand, my thoughts began to turn to some of my messages.

With quarantine, texting is how I’ve stayed connected to my people.

My Dad is older, lives in Washington state - alone. We’ve texted most every day through COVID. My sister just had a baby girl - my first and only niece - and with travel restrictions, we’ve only met the sweet little thing over screens. My sis has taken on updating our family group chat constantly, sending pictures of baby Emma day after day. My brother is crazy, funny as hell and reminds me how glad I am I’m not 22 anymore. Even with the country half-way shut down, he’s impossible to get a hold of so texts are the only way we communicate (though occasionally I pick up the phone, and call twice in a row). My best friends are my high school teammates turned college roommates turned groomsmen, now more like brothers for life, I guess. We’re scattered all over, and without being able to get together regularly, texting and an occasional  FaceTime has been the only way for us to keep in touch, and laugh...

I won’t lie, losing my texts hit me hard.

In the moment, they hadn’t seemed like much but day after day, they’d added up. They weren’t exactly big milestones or anything major...but they were my stuff. My stuff with my family, my friends...the people that I really care about.

Sure, left to my own devices, I am not the nostalgic type who goes scrolling back through texts, but now that I couldn’t, I sure wanted to.

You know that old saying: you never really appreciate what you had till you’ve lost it.

My wife ducked her head into my home office just as I finished setting up my new phone. She wanted to talk about my sister’s latest Emma update, jabbing her phone in my face with the latest pic, “Your sister makes the cutest babies!” There was this snapshot of little Emma - in the USC onesie we’d sent before she was born! My Dad sent a dozen Emojis. My wife chimed in that she was going to print and frame that one for everyone. Even my brother texted: “Future Trojan! Go Em.”

I looked down at my phone, the messages started popping as if, for me,  they were the very start of a conversation, a brand new thread. It was at that moment that I had to wave my white flag. I should have listened to my wife. Should have made sure I had an iPhone backup in iCloud. Should have created a Keepster backup to my desktop. If only I’d just listened and used Keepster like she’d told me, at least I would have had all my messages and threads accessible and safely somewhere. 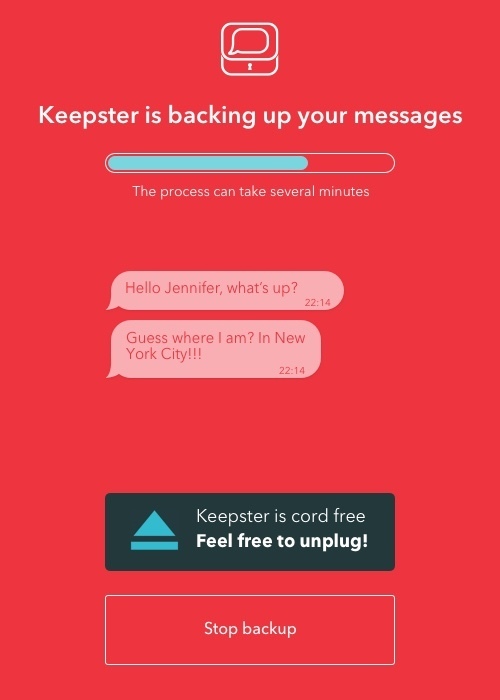 So here’s the lesson: never am I setting myself up to lose messages again. No, I haven’t had some massive revelation. No, I don’t think all of my messages are wildly meaningful on their own. It’s just that once they’re gone, they’re totally and completely gone, and truthfully, all together, they hold a whole lot of my life. Boring as some may be.

They’re my messages. And it turns out, they are worth keeping.

“Hey babe...will you show me how to get started with that Keepster app you love?” 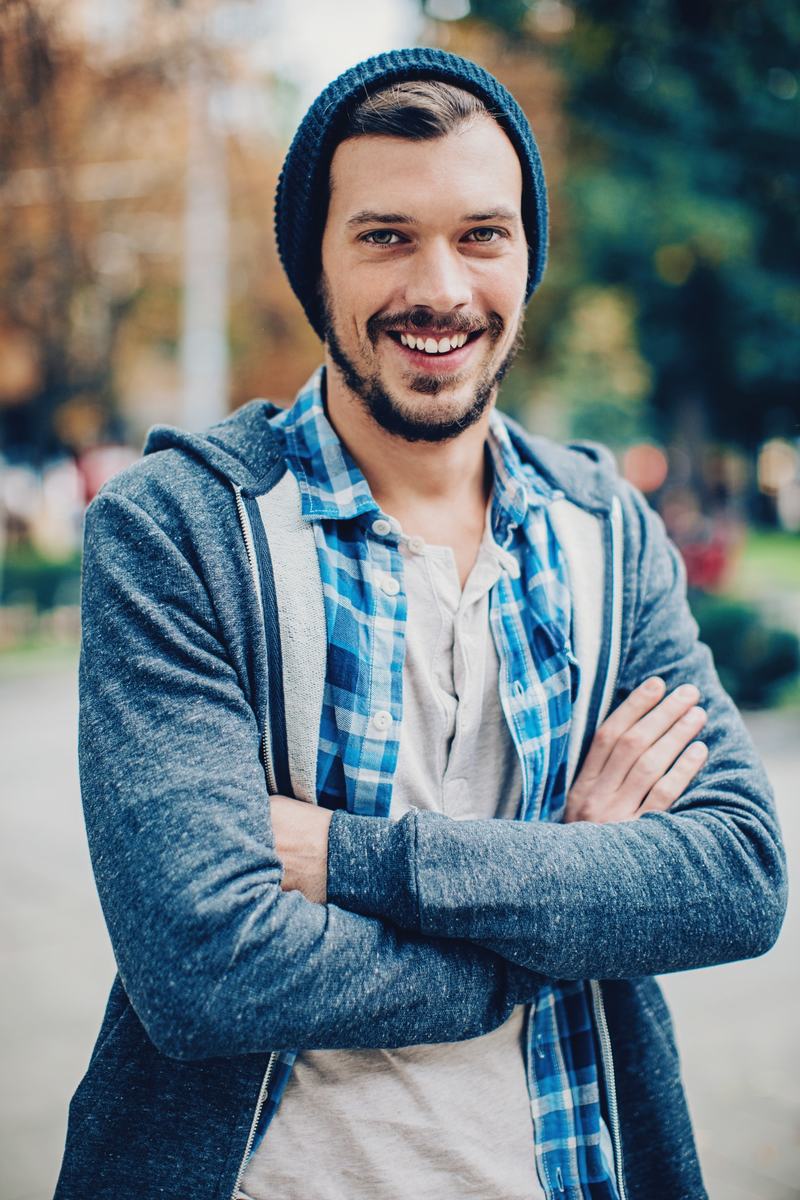