You are here:  Home > Blog > I Turned My College Freshman’s Texts into an Awesome Book of Memories

Turns out, It’s the Sweetest Gift I’ve Given Her 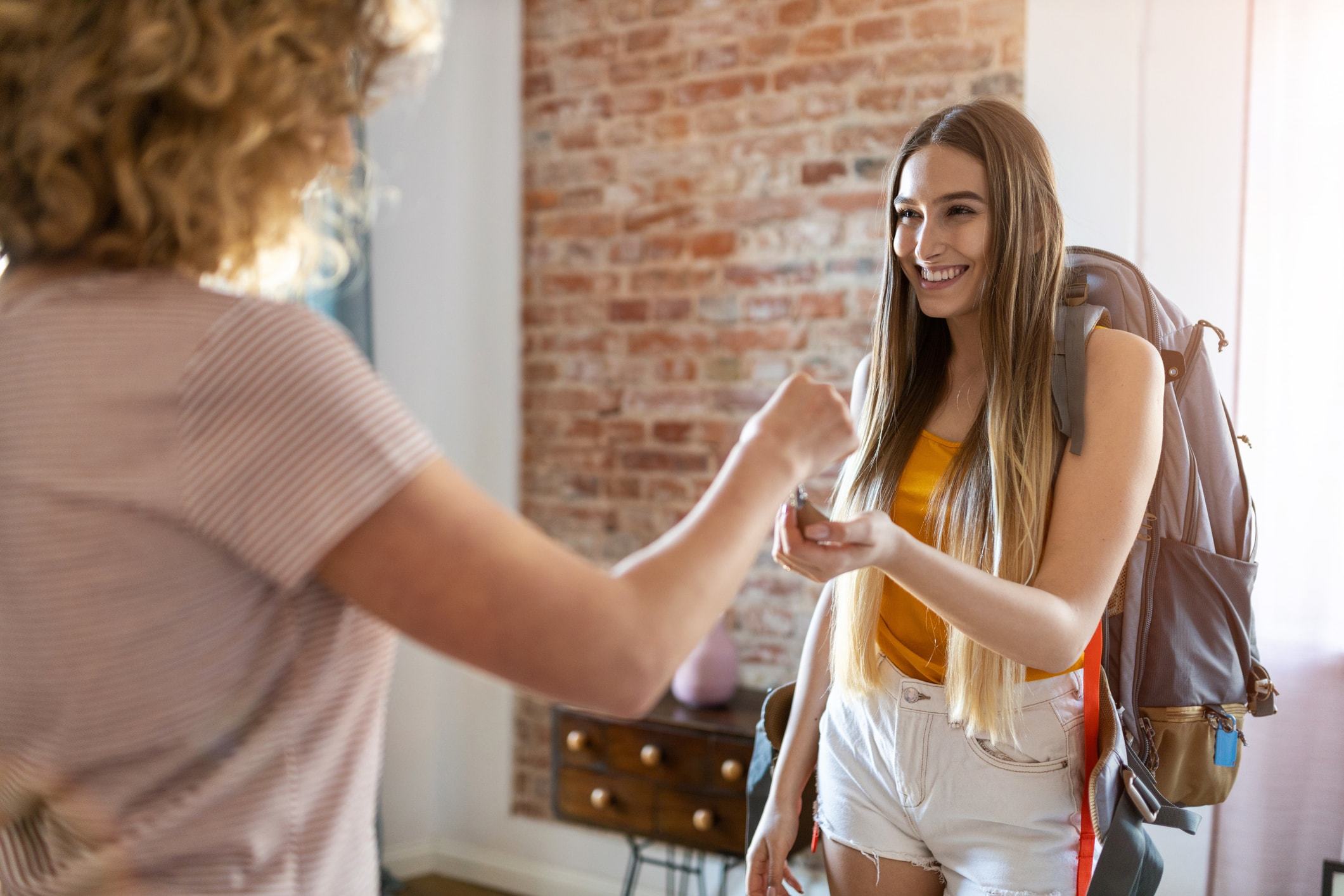 Thanks to a Keepster ad, I got to create what my daughter now swears is the “cutest present I’ve ever given her”: a beautiful book filled with our texts and chats, to remember the milestones and special little moments of her freshmen year.

College came too fast, didn’t it? Maybe it’s because my daughter is an only, or maybe because we mercifully made it out of most of her teen years with minimal carnage...but those 18 years just flew by. It’s like one minute, they’re resting this perfectly pink and terrifying tiny being onto your chest and the very next - you’re watching that pink creature (who has suddenly morphed into your carbon copy...bullish independence and all) walk into the world. The world you were supposed to prepare her for.

We hugged our daughter goodbye after a full weekend of freshman move-in, the three of us pushing back hot tears. I couldn’t think. My heart was proud and my head pounding. My whole body felt like I might need to grab her, stuff her back into the same Volvo we drove her home from the hospital in, and never look back.

“I love you guys. I love you. I’ll text you tonight.” My daughter insisted with a half-smile. Anxiety and excitement danced across her face as I gave one last squeeze.

“Text us all day, every day. Right? Okay, at least once a day. And Facetime, too.” Her Dad reminded her as I snuck another kiss. He didn’t have to remind her. Our daughter was a texting machine, and even under the same roof - texting played a pivotal role in our communication. Ah, teenagers.

It was only once we’d made it a mile out, fingers intertwined in a vice grip that the questions came flooding in. The ones that threatened to burst my composure and mortify my daughter.

Does she know how to cook enough to survive if the dining halls are terrible? Did I teach her how to separate her whites, fold a fitted sheet, check the gas gauge before a road trip? Did I remind her to listen, learn, have some fun, drink enough water, always walk home with a friend, a few friends, and never, ever let anyone make you play small?

I knew my concerns were textbook. Every mother - okay, most - had the same loop playing over and over as their kid set out into the world. I knew we had raised her right. I knew she was ready. Most importantly, I knew she knew I was right here...cheering her on, every step of the way.

What I didn’t know was that someday I’d look back on the 9 month’s of texts with my daughter and realize: some of her biggest moments and milestones had played out in those messages.

My daughter folded herself into the couch, tucking her father’s long legs into her oversized tie-dye sweatshirt... She had come home and had been, for nearly 100 days - her freshman year cut short due to COVID.

She deftly maneuvered her thumb across her iPhone screen, volleying expertly between TikTok and texting with her best friends from college, I had no doubt. Even after all this time of close quarter quarantining together, I couldn’t help but smile at the sight of her….home. Cozied up. Equal parts overnight adult and tottering toddler. One minute she’d passionately vocalize her commitment to ending racial injustice in her lifetime and the action steps she planned to take...the next, she’d ask me what was for dinner. Teenagers.

As a mother, my heart ached for my daughter - the world as she knew it, we knew it - was over. I had no idea what her college experience would look like now, and I certainly had never thought her freshman year - filled with every high and low you could expect - would end with virtual classes and forced family time. 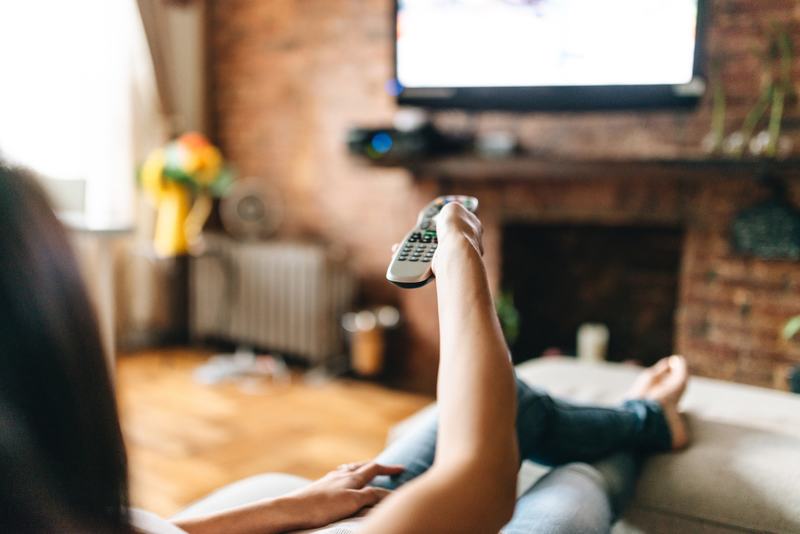 I told her I had something for her. She looked up with that grin - so her father - and asked if I was joking. She’d been pressing both her father and I that she’d need to take a car to college next year, and for a split second, I suspect, she thought I was about to hand her a set of keys.

“No, you aren’t taking a car.” She laughed as I reached into my purse to pull out a wrapped box. “So don’t get any ideas. But, here. I saw the idea on Facebook or something, and I thought...it would be good for you to have. Proof you’ve learned a whole lot this past year.”

My daughter unwrapped the box and pulled out the Keepster book. I’d selected the navy blue hardcover - to match her school color, and for the cover had chosen a picture of us on drop-off day. The title?

She broke into a full grin as she turned the book over in her hands, cracking it open. The description read:

So you never forget your freshman year...or your pink hair phase.

I got up to settle in next to my daughter, so I could watch as she poured over page after page of our printed text messages. I wasn’t really sure how she’d react. I thought she’d get a kick out of it.

Instead of racing through, she settled in on the first page: our early texts, right after drop off.

Addy: Ok so get this, I have TWO roommates. Some system mix up or something. Kind of crazy but they seem super cool. Both from Seattle.

Mom: No way! Watch out, only child syndrome. Someone is gonna learn to share! ;) Are they nice? Love you. Have some dinner.

Those two roommates turned into sorority sisters, soccer teammates, and ultimately, her best friends. It was awesome to watch her relive those first early moments.

Addy: Yeah! I love Alpha Phi and a lot of the soccer girls do too, but we’ll see. They’re the one everyone wants so they might not pick me.

Mom: They’d be crazy not to!

She leaned in to take a closer look at the picture she’d texted: a group of girls smiling excitedly in the sweltering September heat. The same picture was printed out in her dorm room, now.

Addy: Crushed that Bio Psych exam. Pretty worried about Latin. Hey, do I need to use dryer sheets?

Mom: Proud of you! When’s Latin? No...but you like the feel. Remember, you get a rash from the scented kind.

Addy: Yeah, with a group.

Mom: Ok ok. She seems nice. Is she nice?

“Who” was in fact, the girl that turned out to me my daughter’s first real love - or as far as I knew - girlfriend. She’d come out to us at 14 but hadn’t dated anyone seriously until Caitilin. A great girl from Kentucky who, no doubt, was the one making her iPhone constantly bzzz, bzz, bzz beside her. I knew she was someone special for Addy the moment I first heard her say Caitie’s name: her whole face would light up over FaceTime calls whenever her ‘study buddy’ came up and finally, come winter break, Addy announced she had a girlfriend. Whether they’d stay together forever or go the way most early college romances go...I’d never want her to forget the excitement of the early days. When she found that person she never imagined she would.

Addy: MOOOOM. Pick up! I shrunk so much shit in the dryer.

Addy: Mom! Is Dad home? How do you cook steak?

Followed by a picture of Addy and her soccer team, grinning ear to ear, with hot pink streaks running through their hair. 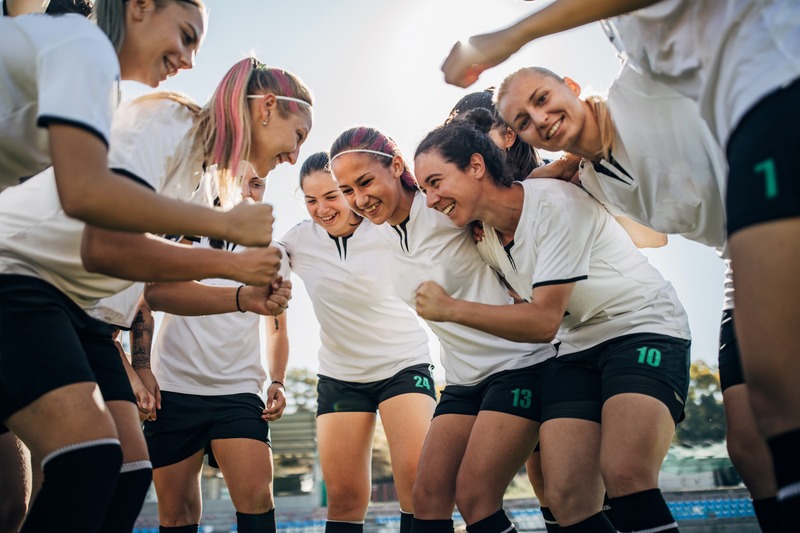 Page after page, our texts told the story of Addy’s highs and lows...or let’s just say, learning opportunities - as told by our texts.

“MOM.” Addy looked up with a sense of wonder. “I can’t believe you figured out technology to do something like this...this is really freaking cool!” She wrapped me in one of her patented bear hugs - a good few inches taller and longer than me. I smiled.

“No like...this is the sweetest thing you’ve ever given me. Unless you’re still gonna give me the keys to the Volvo. Then, this would be second.”

It had been a success.

When I scrolled through our messages to create that Keepster book, I couldn’t believe how proud I was of her. She was finding herself, finding love, finding purpose, and figuring out how to keep herself fed, clothed, and upright along the way. She was exceptional and independent, sensitive and sweet, doing it her way, and….
thanks to our texts, I had a front-row seat.

When I’d created the message book, I finished it with an overwhelming sense of marvel: look at this miraculous little thing, look at how she’s lived this last year.

Look at how much she knew.

Look at how much she didn’t. 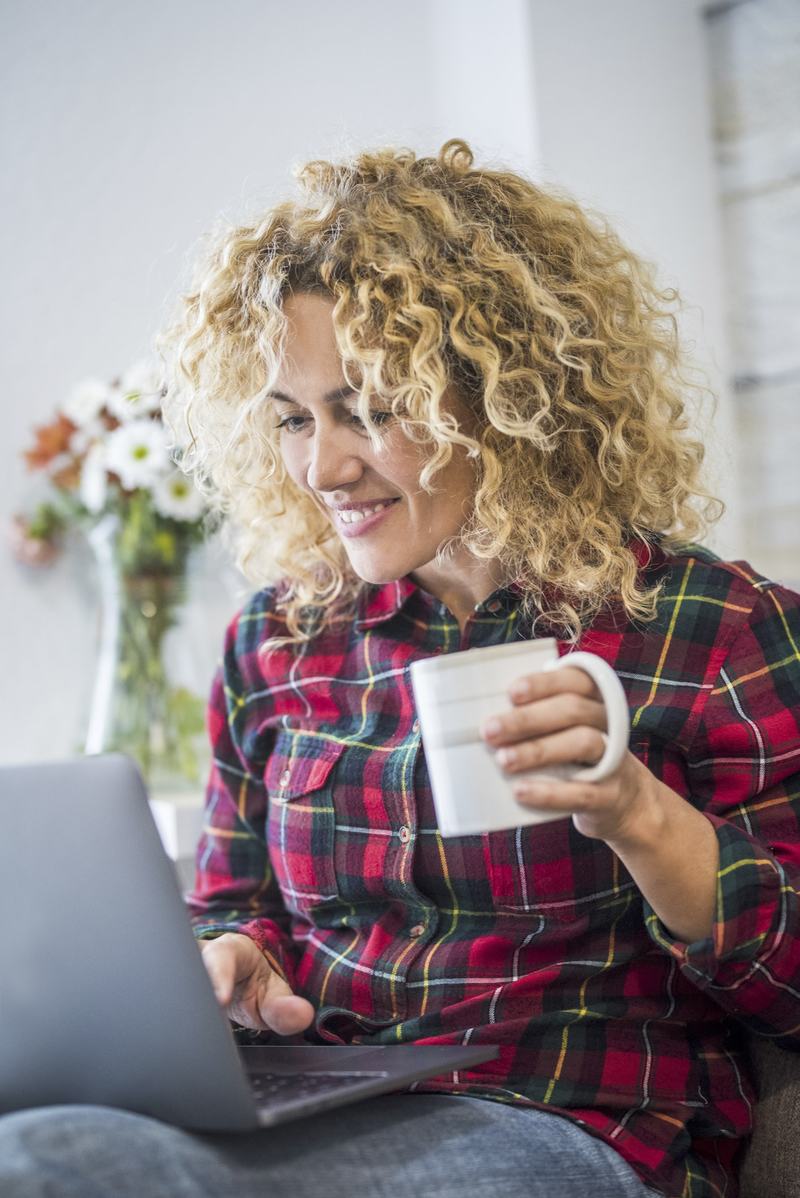