Some texts are pure gold. This one was 24K gold. 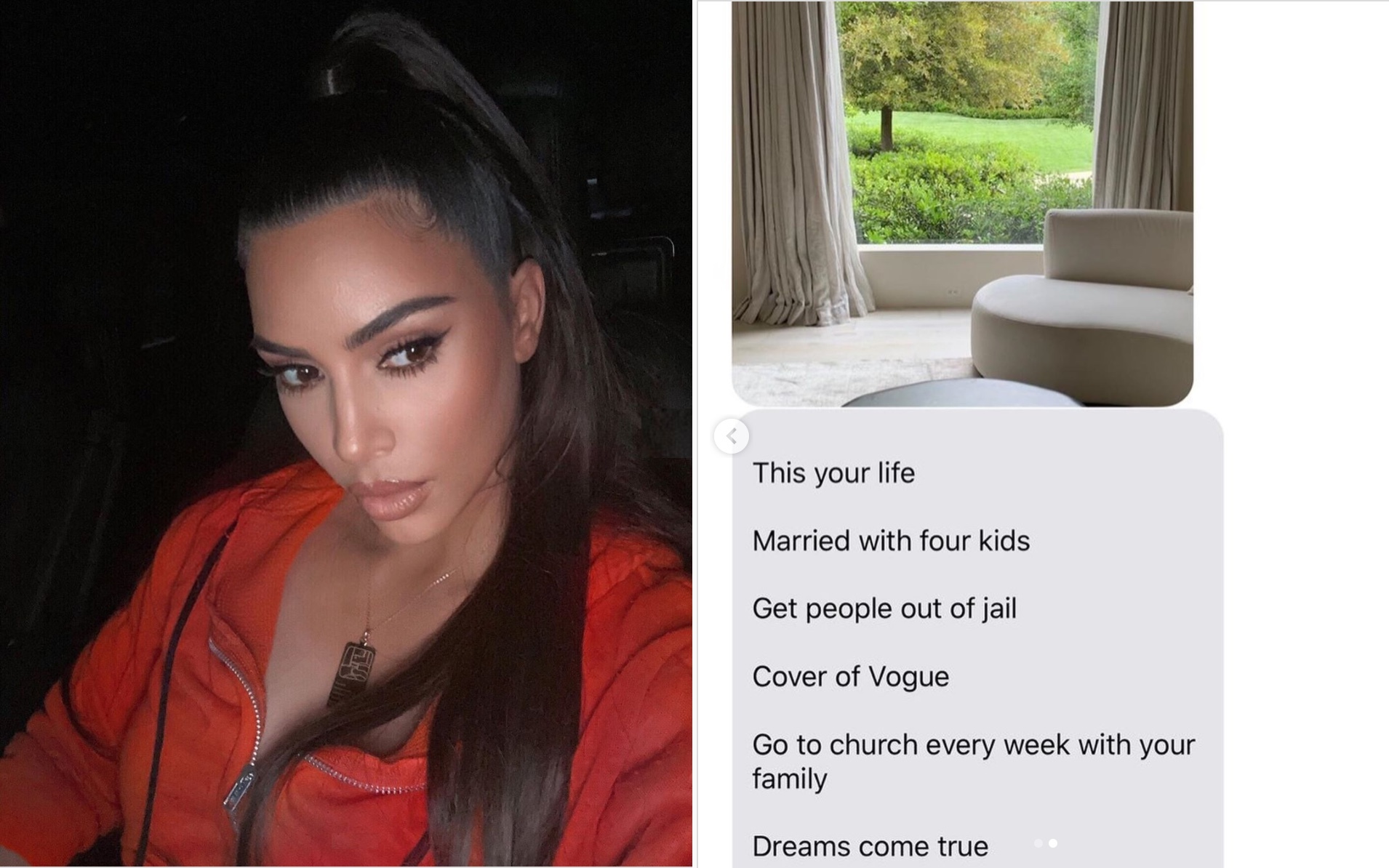 Kanye West and Kim Kardashian West have an undoubtedly unique love story - one that the public has watched play out with a certain level of fascination, fan or not. If you haven’t been keeping up with the Kardashians, you might have missed this PSA: Kanye and Kim are the unmatched King and Queen of expressing love a la outlandish gifts. To be fair, the entire Kardashian crew appears to be in the running for such titles but recently, a certain gift (and headline) caught my eye. Kanye West presented his wife, Kim Kardashian West, with a vintage gold necklace - engraved with a sweet, personal message. No, literally, a text message.

“If you look closely at my necklace, you can see it’s from a text Kanye sent me,” Kim gushed on an Instagram caption, showcasing her newest addition to what is no doubt an impressive jewelry collection. “He took an amazing vintage Cartier gold plaque necklace and had it sketched out, he’s always the most thoughtful when it comes gifts.”

Alright, I’m not even that much of a romantic and I find this wildly precious. Wait! Stop. You might be rolling your eyes. Okay, you are. This might be where I lose you. It’s alright if it is but first, hear me out: I’m not some Kardashian crazed (krazed..ha) super fan. I’ve never watched their show, bought a lip kit, or spent $300 dollars to say I own a pair of Yeezys.

While I’ll admit that their work ethic, business prowess, fun family dynamic and seemingly Midas touch is impressive - I’ve never quite understood the allure the Kardashians seem to hold. Maybe it’s because everything these women appear to portray - from their beauty standards to outrageous vacations, even heartwrenching dramas, and betrayal - has always felt so entirely unrelatable, unreachable, impossible. Somehow though, one night, I found myself curled up around a glowing iPhone, watching an Instagram story showcasing the successful sisters’ showering each other with lavish gifts. Suddenly, I was entranced. Glued to my screen. Fascinated. Was this the allure? Shit, it totally was. You see, if there is one thing I absolutely positively adore, it is the art of gift-giving. Yes, I said art. I love it: the simple act of celebrating someone special with an item picked out - purchased, baked, bought, whatever - to say: Hey, I adore you and the fact that you exist, take this!

There is no denying that this powerhouse family appears to - in the very least, for social media - prioritize the expression of love and celebration of their people...in the form of incredible gifts and grand gestures. Once I was hooked, I quickly found that in the Kardashian’s world: Mother’s Day brings overflowing floral arrangements, cascading down spiral staircases, Valentine’s Day brings 8-foot flower walls - filled with every shade of cream to pink, birthdays bring recreations of childhood homes as playhouses, anniversaries could only call for thousands of candles, a surprise John Legend performance - in the backyard, no less - and a car, for good measure. This was gift-giving at a level that most of us could only dream of - yet somehow, unlike the grandiose girls’ trips and stomach-churning romantic backstabbing, it felt real to me. Believable. Sure, their monthly floral budgets probably rivaled the cost of my first home but I found that aspect of their very public lives the most endearing - albeit at times, laughably out of touch. I could understand it. The desire to make moments, milestones and even ‘just because’ magical for the people they love and cherish. Who doesn’t get that?

If you look closely at my necklace, you can see it’s from a text Kanye sent me. He took an amazing vintage a Cartier gold plaque necklace and had it sketched out. He’s always the most thoughtful when it comes to gifts ✨

While the aforementioned gifts are fabulous, no doubt, I am partial to the text message turned Cartier necklace.

The text itself read:

“This is your life.
Married with four kids.
Get people out of jail.
Cover of Vogue.
Go to Church every week with your family.”

Kanye simply took ten seconds to send a sweet text: one that seemed to honor the life his wife is leading, the success she’s worked for, and the future they’re building together, as a family. While I can’t relate to the four kids, the cover of Vogue, or getting people out of jail aspect - this text feels real, relatable. Like something I’d receive from my husband or send to a dear friend.

It was later said that he had sent this romantic text to Kim in a moment of random reflection, something he often does, like the text she shared on The Tonight Show Starring Jimmy Fallon. Kanye had just purchased a ranch for their family in Wyoming. In a round of “Show Me Your Phone”, the KKW beauty mogul showed the text in which Kanye wrote to her: “The first ranch in our family. 50 years from now this will mean so much to us”, alongside a photo of the jaw-dropping property.

“I told you, it’s sweet!” Kim said of the message.

Stars, they’re just like us. Ok, maybe only in their daily digital habits. Or maybe even, in the fact that they send momentous musings and cherish texts, too. Kanye decided to turn a seemingly ordinary moment of romantic reflection into a golden gift that Kim will cherish forever.

Oddly, this gesture - of all the cars, rose adorned walls, surprise Grammy-winner musical performances, and skywriters - tugged at my heart the most. A modern-day love letter to wear around your necklace trumped a flower flooded floor in the meaningful department, in my book. Memorializing texts that held the magic of a moment? Sign me up.

While most of us aren’t turning our texts into thousand-dollar antique necklaces, many of us treasure certain texts. Enough to keep them. Enough to screenshot them. Enough to ensure their safety with Keepster, or turn them into Keepster books. We hold onto them as snapshots of a particular moment in time - to never forget the emotion a few lines of digitized text somehow encapsulated. In true Kardashian / West fashion, Kanye did just that.

The idea of turning texts into keepsakes isn’t new to me - though Keepster (and maybe now Kanye) has certainly inspired and enabled me to do so. Long before Keepster came to save my text-hoarding self, I was the self-admitted Queen of screenshots: I had thousands upon thousands of screenshot messages filling my iPhoto. Nothing scandalous: these were messages that simply mattered to me. Some will stand the test of time: the text my then best friend (now husband) sent me that read: I’d really like to take you to dinner sometime. Like, on a date. Don’t worry, he asked in person shortly after. The text I received when a childhood best friend couldn’t reach me by call, and instead texted an all caps announcement of: I’M PREGNANT! YOU’RE GOING TO BE AN AUNT!

Some take me back to a time and place so far from memory now that the nostalgia is palpable: texts of encouragement and pride from high school friends, no doubt cheering me through a long-forgotten athletic event or final. Texts that grabbed a piece of my heart so much that I knew, long after the thread got deleted, that feeling - and message - shouldn’t.

No, they weren’t all milestone moments or even, entirely unique. They were simply messages that captured a moment in time - one of the thousands upon thousands of moments that makes up this pretty awesome life of mine.

So, will I be showcasing my favorite texts in the form of solid gold, antique necklaces anytime soon? No, no I will not. Nor will I be sending 600 flower arrangements, buy a lip kit, rock Yeezys or expect to come home to find a crooning John Legend in my living room. I won’t even be tuning in to an episode of Keeping Up with the Kardashians. I will, however, watch the Kardashian West family with a new perspective. They might throw million dollar birthday parties for toddlers and have a floral budget greater than the cost of an average first home, but cars and Calabasas carnivals aside - but they cherish their people, they recognize the magic in the moments, and they treasure text messages, too. That’s awfully relatable to me. Dang it, maybe now I really am a fan. 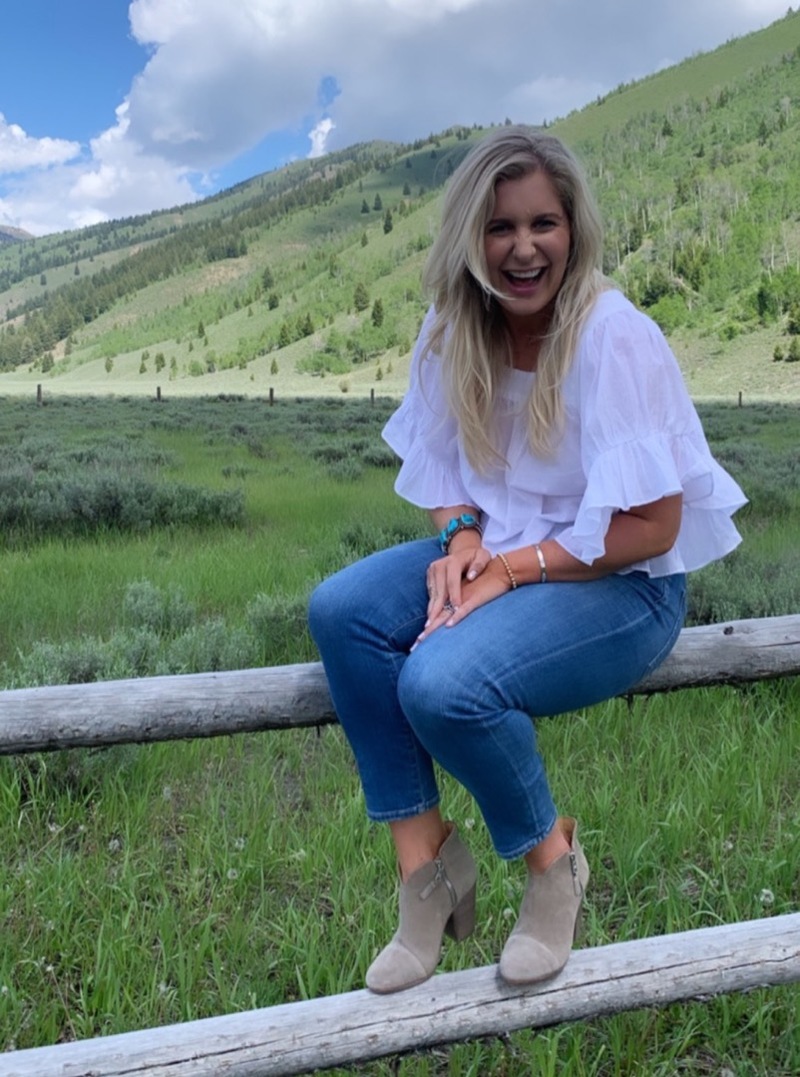