You are here:  Home > Blog > Some of the Best Advice I've Ever Gotten Has Come Via Text

Thank you, iPhone (and Mom and Dad) 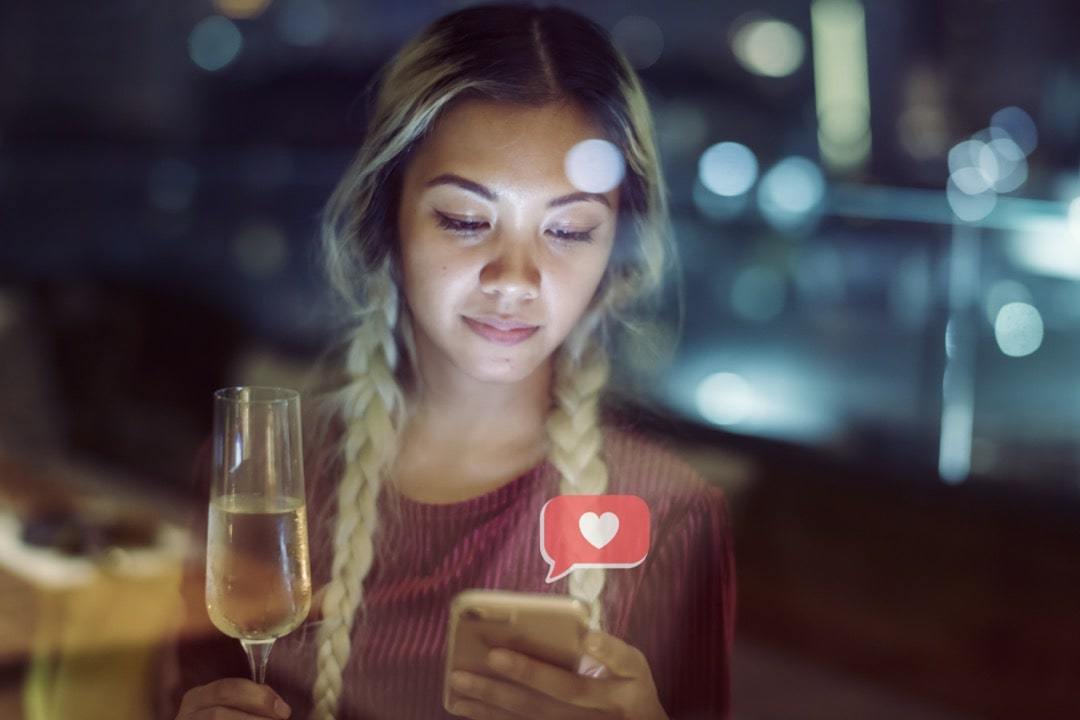 I’m having dinner with a group of friends. One of the guys gets a text from his Mom, and says “Hang on, I gotta tell her I figured it out, one second…” We all nod in understanding. When he’s done, he puts down his phone and his girlfriend laughs, patting his arm as she says “I swear, I used to pray my parents wouldn’t text me when I was younger because it meant that I had to head home from something fun, or maybe a report card had arrived. Now I text my parents so often I’m sure they’re the ones wishing I’d cool it.” The entire table knowingly laughs.

The irony wasn’t lost on us. When we were young(er) advice from our parents was often shrugged off, or came with a lecture, a good talking to at the dinner table, or a heartfelt but hard-to-hear piece of advice. Some of us welcomed it with open arms, but most of us resisted, because well... teenagers! Back then, whether it was a lecture or a loving shove in the right direction, it wasn’t coming to us through our bulky, clunky Nokia phones. Even once we got smartphones, we had no idea that digital conversations could hold meaning - least of all from parents. Most of us were more concerned about the texts from our crushes or BFF’s, not about the ones from our parents. Primarily because, for many of us, they were right there, down the hall. They were at the dinner table. They were ever-present. We certainly weren’t seeking out parental wisdom anywhere, let alone on our phones. Ah, to be young and naive.

(and a newer iPhone model, of course).

While I was grateful to have the ability to panic-text my Mom an ‘urgent’ laundry question, or gleefully share a strong grade in the family group chat, or even have the chance to keep in touch with my parents who were suddenly thousands of miles away...I still wasn’t valuing their texts.

I valued the cards stuffed in care packages or hearing their voices at the end of the line, but I wasn’t looking at how much value my texts from them really held. Maybe that’s because I was too busy dissecting texts from a boy, or because my friends and I were in constant contact about campus ongoings that seemed way more important. I was sure a broken heart and a bitchy roommate were the biggest difficulties I’d have to face and frankly, while I’m sure my parents had solid advice on how to combat either, I don’t remember thinking “Oh, this, I need to save this.” I don’t think that’s because those types of conversations weren’t happening...I think it’s because I was simply too young to view them as meaningful nuggets of wisdom I’d want to reflect on someday.

Fast forward to the present day...

Here I am at 28. Doing my best to build a kickass career. I’m a newlywed. I’m a dog mom. I’m a first-time home-owner. I’m an only child (ha) and am 3,000 miles away from my parents. Time differences and work schedules can make calls and Facetime challenging, But I know without a shadow of a doubt, if I’m down, if I’m scared, if I’m stuck, or if I’m just in need of a good old fashioned parental ping on my phone...it’s all just a text away. And let me tell you: I’ve taken full advantage of that.

Scrolling through my Mom's texts ...

from the past year, I have to laugh. It’s filled with recipe sharing and cooking advice (though I still can’t quite nail down crispy chicken skin without burning it). There are jokes, stories, and a thousand emojis because she still thinks that’s hilarious. There are incredible moments of tenderness: texts where she’s thanked me for being the most present daughter during the loss of a beloved friend, texts where she told me I was the strongest girl she knew, texts where she’s calmed down my imposter syndrome and reminded me to get up from my desk, take a walk, go for a run, breathe, read a book, do something for someone else...get out of my head.

There are photos, too. Shots of her new home in New York and of our dogs dressed up for Halloween, hilarious moments she captures walking the streets of the city, new blooms in the garden that I planted.

Then there’s the advice that’s saved my sanity and my wallet. The hilarious step by step instructions on how to handle a plumbing issue. How to navigate a bad fight with my husband or friend. How to ground myself when I’m feeling particularly anxious or scattered.

There are the ‘perspective text’s: those are probably the best (and funniest) moments...texts where she quite literally tells me to stop taking life so seriously, chill out, stop talking, and just be. Or, more in my Mom style: “Just shut up and do it! You’re great. Love you.”

Ah, Moms. I wouldn’t part with these texts for anything.

Then there’s my Dad’s texts.

He and I are wired the exact same way: our drive, our work ethic, our passions, our tendencies to go a mile a minute, to connect, to jump all in. Our texting style is so similar it’s funny. Our texts can range from deep to hilarious, and everything in between.

A quick scroll through and I’ll find his advice on how to handle a tough client or a work project that feels absolutely insurmountable. There are quotes from a podcast he listened to during his subway commute, or a picture of today’s Daily Stoic - a book we both swear by to start our day. I’ll find his reminder for me to meditate and my reminder for him to eat a classic NYC bagel for me.

Then there’s my favorites: “Hey, have I told you lately how proud I am of you?” and “Remember, it’s not the entire staircase: it’s a step, then another, then another.” I’ll find links to blogs that challenge certain thoughts, or pictures of he and my Mom visiting one of their favorite museums - sending their best (really horrible) attempts at selfies. His thread reminds me of who I am, what I’m working towards, where I come from, and why I am the way that I am - in all the best ways. 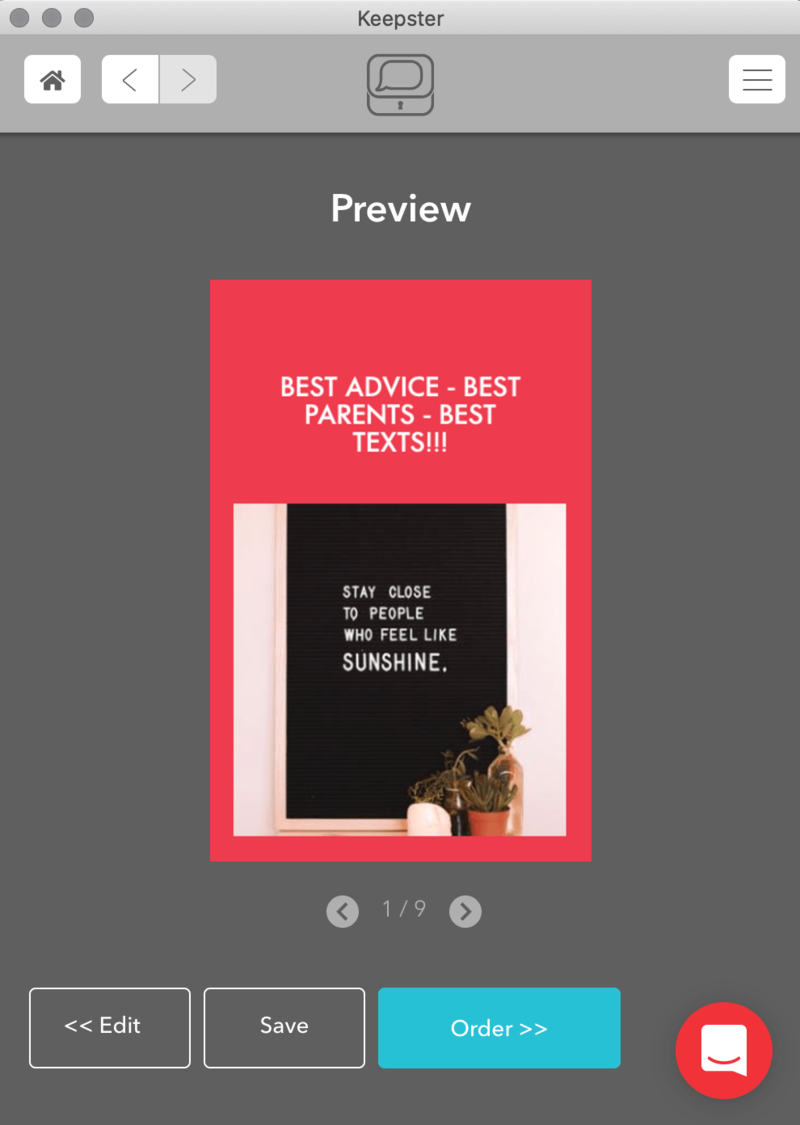 These threads give me more than my parents could probably imagine. They have kept us closer than ever, despite the distance, schedules, and time difference. They’ve allowed me to call on them as I navigated new waters and while I love a phone call, Facetime, or an in-person talk, there’s something really special about seeing the conversation laid out. And being able to go back to it, instead of a hug.

I’m sure some of this has to do with age. Maturity. Eventually, we learn to cherish the people around us - especially our families, if we’re lucky enough to have them. We learn to take stock of what we have, as we charge forward to work for what we don’t. We learn how to ask for help, reach out, seek advice, wisdom, even a laugh. We learn when we need that and where to get it. We realize finally - that our parents really do know what they’re talking about, and we were idiots to ever insist otherwise.

We’ve grown up with phones in our hands. We haven’t always known what we had when we had it: but now we do, or at least, I do.

I’ve got thousands of irreplaceable texts from the two people that love me most in this world, and those texts help tell the story of my 20’s.

That’s why this year, I’m going to make both of my parents Keepster books for the holidays, filled with each and every priceless piece of their texting advice. I can’t wait to show them that not only have I been listening to their words...I’ve been appreciating each and every one. 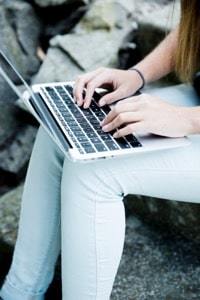